Sulcis Iglesiente, in Sardinia, is the Capital of Atlantis Island. 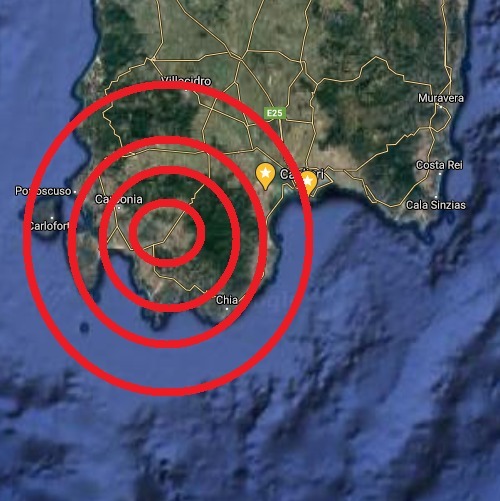 Atlantis has finally been found

In January 2021 Luigi Usai (i.e. me), an independent researcher, released a demonstration according to which Atlantis is the Sardinian Corsican geological block submerged under the Mediterranean, and the capital of Atlantis is Sulcis in present-day Sardinia: with a satellite map it is It is possible to note that the Sulcis is made for concentric grooves, just as stated in the myth of Atlantis. The sinking of Atlantis is due to the sudden melting of the ice following the glaciation called Würm and to various tectonic shocks caused by a fault that passes right under the Sulcis, under the bottom of the Mediterranean. Scientists are only now considering this hypothesis, after Luigi Usai’s report. It is known to geologists that the level of the Mediterranean Sea reached -120 meters below the current level about 14,000 years ago. Also known is the so-called “Messinian salinity crisis”, during which Sardinia and Corsica were joined due to the lowering of the sea level by over one hundred meters, and could be covered on foot. At that time, according to Usai, Sardinia and Corsica and a large part of the currently submerged coasts formed what appeared to be a large island, which was called in the third chapter of the Timaeus and in Critias, by Plato, with the name of Atlantis. At the center of the Atlantean plain and the present Campidano plain, there would be what was the capital of Atlantis, also known as Atlantis, and which started from a hill near the small village of Santadi, forming concentric circles of land and sea. It is still possible to note how, starting from Santadi, the whole urban plan develops in concentric circles, even portions of mountains. There is also a vast toponymy related to the myth of Atlantis. In fact, as Usai points out, next to Santadi there are many localities whose name recalls the hot and cold water sources created by Poseidon, who according to Usai was a simple man, probably a King, and not a God. Capital of Atlantis a hot spring and a cold water spring. In fact, still today there are fractions of villages called “Acquacadda” (Acqua Calda, Campidanese in Sardinian language), S’acqua callenti de basciu (L’Acqua di sotto, in Campidanese Sardinian) and S’Acqua Callenti de Susu (L ‘ Hot water above, also in Campidanese Sardinian dialect, the dialectal variant of the Sardinian language spoken in southern Sardinia), while in the nearby town of Siliqua the cold water source of Zinnigas is still present today. Still in Siliqua, a small town also located in the province of Cagliari, there is still the “Castello d’Acquafredda”, currently known for the famous story told by Dante Alighieri about Count Ugolino, who lived there. Furthermore, reports Usai, the tridents of Poseidon were found carved in the Neolithic and Palaeolithic rocks found near the town of Laconi, in Sardinia. Next to Santadi there is a town called Narcao, which has two hamlets, called “Is Sais Superiore” and “Is Sais Inferiore”; this is a clear reference according to Usai, to the city of Sais in Egypt, in which the high priest Sonchis revealed the story of Atlantis to Solon, the famous Greek politician. Furthermore, the priests who according to tradition taught these historical facts to Solon were Sonchis of Sais and another priest of Heliopolis: in fact Heliopolis in Greek means “city of the sun” and next to Acquacadda there is a hamlet called “Terresoli”, which means in Sardinian Campidanese “Terra del Sole” (“Terr’è Soli”), a clear reference to Heliopolis. The toponymy is incredibly vast: in fact, an analysis shows that the toponymic term Sulcis is an ablative locative of the Latin “Sulcus, Sulci”, which means “The place of the furrows”, ie the place where Poseidon created the concentric furrows of the capital of Atlantis starting from the hill where his wife Clito lived, from whom he had five pairs of twins, whose eldest son, Atlas, will give the name to the Island of Atlantis. The term Sulcis therefore, implicitly, makes us understand that the Romans were aware that Sulcis was the capital of Atlantis: otherwise why give it this name?
It has been scientifically demonstrated by Professor Carlo Lugliè of the University of Cagliari that at least the Su Carroppu cave was inhabited around 9000 BC, that is precisely in the period cited by Plato according to which Atlantis existed; it is not yet clear whether this DNA studied could be Atlantean DNA. The sinking of Sulcis has already been demonstrated by scientists in a famous scientific paper, entitled: “Submarine Geomorphology of the Southwestern Sardinian Continental Shelf (Mediterranean Sea): Insights into the Last Glacial Maximum Sea-Level Changes and Related Environments”. The Sardinian Corso Atlantide with Sulcis capital, after the sinking, clouded all the waters of the Mediterranean, for this reason Plato says that navigation was impossible. But after hundreds of years, when the waters calmed down, they became very clear, which are now the waters of Sardinia.
Corsica and Sardinia are therefore highlands of Atlantis, now sunk under the Mediterranean and visible using a satellite map.
The Italian government has not yet officially responded to Luigi Usai’s report of the discovery of Atlantis.

Atlantis is the Sardinian Corsican underwater continental block submerged by the Meltwater Pulses and destroyed by a Mediterranean subduction zone, Capital is Sulcis Iglesiente in nowaday Sardinia. 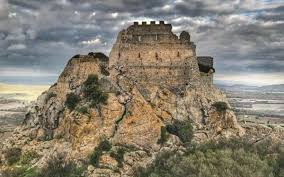 Unfortunately Italian people, first is going to understand the truth, but soon forget everything they were about to discover: take a look at this page

Inhabitants of the ancient Acquacadda Cave are 4000 – 5000 years old: read this article from the official Italian press:

Atlantis has been found

Atlantis is the Sardinian Corsican underwater continental block submerged by the Meltwater Pulses and destroyed by a subduction zone, Capital is Sulcis Iglesiente in nowaday Sardinia.